“If Nancy Meyers made a movie about you, what song would play during the opening credits?”

Now you probably are thinking that I have officially lost it but think about it. The answer to that question would reveal so much about that person -their taste in music, in movies, what type of “genre” they see their lives as – and will immediately help you figure out if it is worth to continue chatting with them or if you should move on. For me, for example, if you don’t know or don’t like Nancy Meyers (is that even possible), we probably won’t get along. Just kidding, I love you even if you don’t know who the best chick-flick director in the world is.

If you were to ask me that question the answer would be easy – September by Earth, Wind and Fire. That’s right. If there was ever a movie made about me, the opening credits would have September playing in the background. Imagine a setting like the photo below and add to it a twenty-something girl/woman walking out of downtown office, wearing red lipstick and carrying too much stuff in her purse….and now start humming the song…. perfect right?!

I’d love to know, what song would play during the opening credits of a movie starring you?

P.S – The best opening credits in a movie, ever.

When most people think of Cancun they think paradise or spring break and for good reason. However, when I think {or even hear} the word Cancun I am transported through a whirlpool of emotions and memories. For me, Cancun means home. My grandmother, her wonderful husband, my aunt and my cousin all live there so I spent all of my early summer months as a child in the sweltering heat of Cancun.

{Apparently I was quite the sassy child}

{As much as I truly hated having to wear matching outfits with my sister and even though I promised myself that I would never do that to my future children, I just might have to!}

{Teaching my baby brother how to swim}

It was there that I learned how to swim and how to fish, where I worked through my awkward teen years, where I had my first crush and my first heartbreak and where I realized that I had fallen deeply and madly in love with the man that is now my husband. 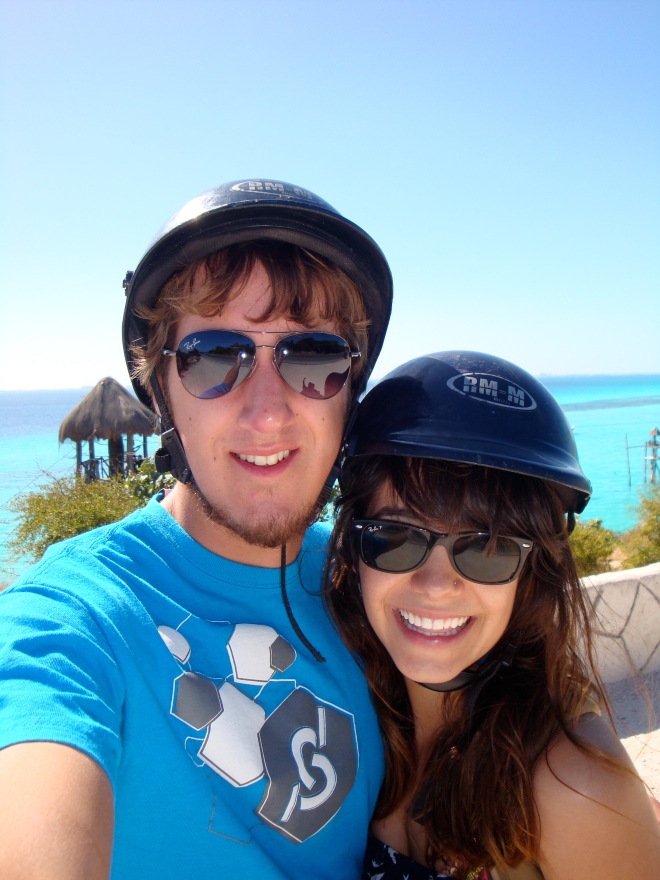 {Mike’s first visit to Cancun…. look at the colour of that water though! Takes my breath away every.single.time.}

I recently returned from spending a lovely week there with family {celebrating my mama and her wonderful husband!} and it was on the drive back to the airport on the final day that I realized just how much love I have for that place. Some people experience that sort of emotion for a house but for moi, a girl who hasn’t lived in a house longer than 5 years, Cancun is that place.